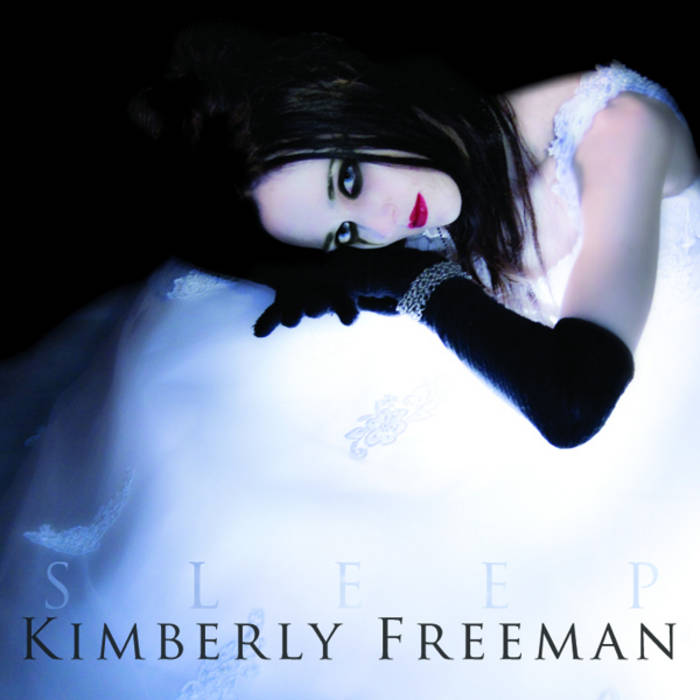 Blood N Ice Kimberly I love this album it's so wonderful . So many songs to enjoy. Each and every one touches your heart❤️👁️🖤 Favorite track: Forgotten Boy.

Every song is a dreamy eulogy in this new sleep-scape masterpiece. Kimberly Freeman, more known for her rock and roll band, One-Eyed Doll, sets aside the electric guitar and bares her darker, sadder solo side as she walks you through a pure and honest approach to grieving.

From the orchestral, "Sleep", to the slide guitar, banjo and mandolin-ridden, "Kill Me Please", to the Flamenco-flavored, "Learn to Fly", to the bare-bones guitar and vocal, "Jeremie", this album paints a beautifully textured, haunting picture of Kimberly mysterious past.

Fans of folk, goth, classical, choral and more will cherish every song on this well-rounded, delicate and soulful work of art.

Produced by Jason Rufuss Sewell in Bastrop, Texas and released May 9, 2009 independently by Kimberly Freeman Productions.

She may be the front-woman of the Austin Music Awards “Best Punk Band 2009”, but those who follow Kimberly Freeman know she’s capable of so much more. With the album Sleep, she definitely doesn’t disappoint. Once again, Kimberly defies genres. She is, above all else, a musician. Setting the tone with the opening title track, she draws the listener into her world. On the surface, this album seems to be about loss, but it blooms into so much more. Lyrically rich and wonderfully orchestrated, Sleep pulls you into a journey of the human heart. Again she teams up with producer extraordinaire Jason Ruffuss Sewell, and the pair hit an absolute home run with this album. Apparently, songwriting is second nature to Kimberly. She gives voice to the feelings of grief that we all experience. On “Learn to Fly”, Sewell’s Latin rhythms and slide guitar accompany Freeman’s brilliant voice in a song ultimately about hope. “Kill Me Please” is about giving up one’s former life in order to pursue that which is most important. “Out to Play” asks the painful question of what might have been had a loved one done things differently on one fateful day. Haunting and elegant, Sleep will remain in the mind long after the last track ends.

Kimberly Freeman has a noisy project as One Eyed Doll, but this solo disc is her quieter side.

Opener and title track "Sleep" sees her quietly singing of just that to a soft yet eerie tune. It's like the opening tune to a horror film that's meant to lull the viewers into false security before the first body appears. "Learn to fly" is melancholy yet strangely lovely. Freeman's vocals are just perfection. It's got an up tempo chorus that suits it.

"Lullaby" is told from the perspective of a murderer, and is dark and haunting. Its quite demeanor makes it all the more frightening. "Overdose" takes its cue from the title and is suggestive and deep, Freeman singing gorgeously to a soft tune. This album won't go quietly into that good night, it smolders and is ever so haunting.

"Raucous, in-your-face grunge rock that will kick your ass in a good way, just like the lead singer." -AUSTIN SOUNDCHECK ... more